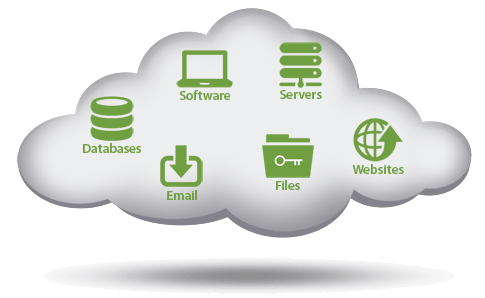 In the end of 2009, when we set up our own hosting business which is specialized in web space packages for whom who things to choose reliable hosting with best price. We covered market initially Gujarat in those days. At that time the market was already saturated with hundreds of similar companies in India alone. It would apparently be impossible for us to compete with established companies that had already become global giants with thousands of servers and even more customers.

Contrary to the sceptics' and pessimists' forecasts, Cantech India® has itself steadily expanded, step by step, over the last few years to a size that now ranks among those large-scale companies once described as Reader 's Choice Best Hosting Company in 2013, 2016 – thanks to our customers. our products, associated services and in-house one-to-one service generated so much publicity and interest that today many customers world-wide are renting web space and their own servers at Cantech India®.

Is to provide high end technology as services and support to our client.

Secret Of Our Management

Our goal is providing an attractive web space package and cutting-edge servers at an attractive price and creative approach. We drew parallels with well-known discount chains which prove on a day-to-day basis that a high-quality product could be delivered on market at a reasonable price when logistics and manpower are optimized. We have adapted the same business model on our whole product range and services at Cantech India®. The very best service at the very best price – and we will strive continuously to improve on both.

Here, too, we took our inspiration from daily live to see that there are major differences in doing business on the Internet. The idea of buying clothes without seeking advice from the shop assistant has become inconceivable for most people nowadays. So, why shouldn't this also apply when you make purchases on the Internet? We have provided several avenues of communication for our customers and visitors to contact us as quickly and efficiently as possible – without them having to pay a single rupee for expensive call rates we are just a Chat away.

The customer is king

Unfortunately, this principle is practiced less than preached nowadays. It's a great shame, because after all we and other companies exist solely because of you, our customers. It is the customer's right after all, to receive good service and friendly support – insist on it! The customer is always king with us - you alone are the center of attention. And we did not ever blocked any clients domain, hosting account without financial reason. You know very well there are many companies and freelancer web developers not providing full access to your domain, web space, financial dashboard. They have threat some day you will going to leave them, But as a professional web partner we should aware with all your credentials and help you in all way. KYC ( Know your customer ) is mandatory before any services provision at Cantech India. As per guidelines by CERT-IN under Section 70B, IT Act 2000.